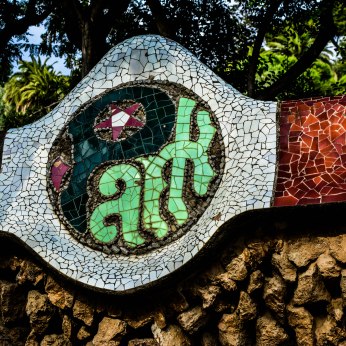 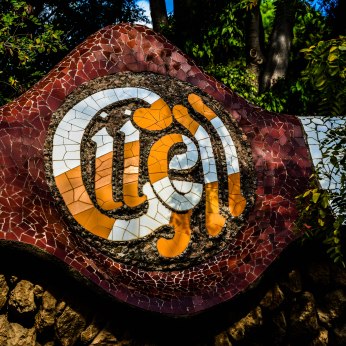 Last up in Run Barca’s guide to the best running routes the city has to offer, we hit the beachfront for a medium distance, flat-as-a-pancake dash along the Passeig Maritim. This time we have something a little different – a course guaranteed to get your calves burning as we climb about 135m (442 feet) in less than 2 miles on our way up to Gaudi’s spectacular modernist public space, Park Güell.

So let’s get going! The starting point for this run is a stretch of semi-parkland that runs between the Passeig de Sant Joan, just north of Avinguda Diagonal near Verdeguer Metro station.

Keep going until you reach the top of the stretch of semi-parkland, cross the road at the top, head left briefly and then take the first right onto the Carrer del Torrent de les Flors. This is a long, steadily inclining road which stretches up past the centre of Gracia to the west, criss-crossed by relatively quiet streets (again, take care), until it reaches the busy main road Travessera de Dalt to the north.

Crossover and turn left along Dalt before taking the first right onto Av. del Santuari de Sant Josep de la Muntanya. The real climb up to Park Güell kicks off here as the road curves up steeply. You’ll go past a hospital on your right and a walled park and the grandiosely-named Church of the Nuestra Señora de los Desamparados en Sant José de la Montaña on your left. 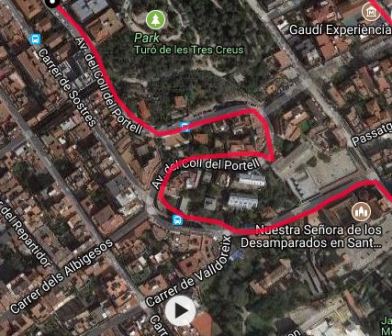 Keep following the road upwards as it winds left, right, and left again, climbing steeply up the hillside through residential streets. As long as you keep going upwards, you can’t take a wrong turn until eventually you will reach Av. del Coll del Portell. Here you will see Park Güell’s wall on your right. At the top, you’ll run out of road but carry on running onto the gravel path on the right-hand side and keep bearing right and you’ll enter the Park on its north side.

Here you have two choices. EITHER you can chill out for a while, catch your breath, and check out the sights around Gaudi’s magnificent municipal space (we’d recommend checking out a sunset and seeing Barcelona bathed in orange and pink light from high above the city). OR you can push on through. Either way, by this stage you will have got less than 2 miles (3km) on the clock but the climb alone will be enough to have got your heart pumping and your legs burning. If you choose to push on, take a left from the place where you entered the park and run up a slight incline past a large pastel-yellow villa named ‘Salve’.

By now, you’ve done all the hard work and all you have to do is wind your way down through the stylist park, running over its idyllic elevated walkways, marvelling at Gaudi’s organically-inspired creations as you go. You’ll emerge at the park’s southernmost entrance. Take your second left once you’re through the gate downhill onto Carrer de Larrard. Here you run down a straight road until you’re back at Travessera de Dalt. Cross over the road, turn right and follow Dalt until you arrive at the top of Carrer del Torrent de les Flors on the left after a couple of metres and make your way back to where you started.

All in all, we clocked this route at 3.8 miles or just over 6km. It’s by no means a long run but the steep hill climb is invaluable. Adding a climb like this to your weekly routine will reap you real training benefits: namely, increased speed and endurance when on the flat. Climbing hills also builds leg strength by developing the muscles in your thighs, calves and glutes (we’re talking seriously strong buttocks here!) and burns more calories per mile than the same distance done on the flat. Even the run back downhill, while feeling relatively easy, works the lower abs and your quads (although you should take smaller steps to reduce impact when running downhill and be careful not to heel strike).

While our suggested route takes the most direct course up Carrer del Torrent de les Flors, you may wish instead to run up through the pleasant centre of Gracia, turning right and left through its grid-like streets before you reach Travessera de Dalt. This will serve to break up the first part of the climb as the streets which run east to west are relatively flat so you’ll only be running uphill when heading north. Once you reach Dalt, you can pick up the rest of the suggested route.

For those of you who can’t get enough of hill training, you’ll notice plenty of great spots to do a few repeat hill sprints along the way to Park Güell (or even in the park itself). Undoubtedly one of the best exercises you can do to build leg strength and speed, try picking a decent length stretch of hill, as steep as you can manage, for a set of hill sprints. Run 6 to 8 reps of 10 seconds each, sprinting as fast as you can up hill, and walking back down slowly (try and leave at least 60 seconds between sprints). Again, throw some hill repeats into your routine and you’ll be amazed at how your pace begins to improve as the weeks go by.

And if you’re putting in the hard work whilst surrounded by the magical Park Güell, looking down over one of the most beautiful and culturally rich cities in the world, then it can’t be that bad, can it?

Need help with your training? Book a training session with Run Barca. 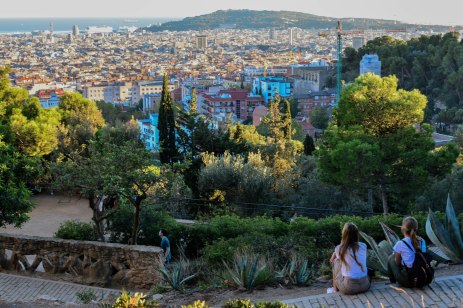 Check out the views 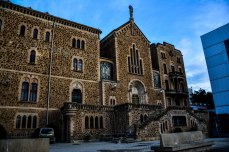 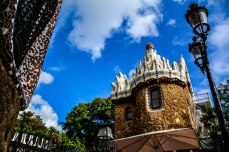 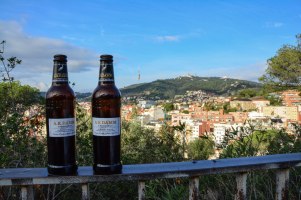 Orange Light on the Park walls

Check out some of our snaps taken along the route and tell us what you think in the comments:

“Run when you can, walk if you have to, crawl if you must; just never give up.” – Dean Karnazes

Need help with your training? Book a training session with Run Barca.